Ever since internet was introduced in Thailand,

the government had been doing internet censorship by blocking some websites and blogs for varied reasons. Earlier it blocked mainly pornographic websites and in the later years, it blocked websites which were supposed to cause threat to national security and those containing offensive political content. Thailand, a country having parliamentary monarchy takes publishing content against it as a serious offense. The government has since then blocked thousands of websites for violation of various rules. In 2011, it requested Facebook to remove more than 10,000 pages because of the inappropriate contents in them. 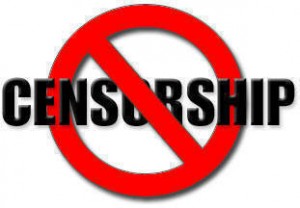 Internet censorship in Thailand is mainly carried out by several agencies

like Royal Thai Police and the Ministry of Information and Communication Technology (MCIT).In addition to this, self censorship is encouraged through the work of volunteers who look websites having inappropriate content and report the matter to MCIT.Web hosting companies in Thailand also block content which violates Thailand cyber laws. Students were deployed as volunteer web monitors or cyber scouts to search online forums and social networking websites without disclosing the fact that they were working with the government. Their main task was to alert those who have posted content against the monarchy and request them to change it failing which to send a report to the government.

In spite of the above efforts censorship in Thailand

Recently many Thailand citizens were increasingly accessing social networking sites like Facebook, Twitter and YouTube and used these applications to express their opinion on all matters including politics. The people used these channels to spread breaking news in the country. They were highly helpful during the floods happened in late 2011 when Twitter, the micro-blogging platform was widely used to provide updates, share photos and help in the relief efforts done by the authorities and people.

In 2009, Thai Netizen Network (TNN) was founded to defend the blocking of internet access and upholding the right to express freedom of speech online. Its objective is to increase awareness among people by holding seminars, conducting campaigns and issuing news releases on the topic, internet freedom.

Don't miss the latest news! Connect with us.